Executive Coach (in German and English) for strategic issues. The emphasis is first, on growth strategies (new ventures, product introductions, value migration and market disruption) and second, on complex international negotiations. As the firm’s managing director (Vorstand) I guide its practice development.

Background  My parents wished me to be a U.S.citizen. Therefore they made a trip to New York city from Europe for my birth, immediately afterwards returning. They decided to settle in the U.S. for good when I was seven years old. Unfortunately Iost French (my mother's first language) as a result, as it was no longer spoken at home.

After a shaky start (cf. the first Loss at Testimony), I earned a BA in Economic History from the University of Pennsylvania (Honors Economics, Wharton). I then went to Europe (England, Spain and Germany). About three years later I returned to the U.S. for an MBA from M.I.T.'s Accelerated Graduate Program. The program was limited to 30 candidates and entailed cross-registration with Harvard Business School, Harvard Law School, and the Harvard Graduate School of Design (cf. the sixth Win at Testimony).

After the MBA I first worked in Swizterland running a team of six Harvard MBAs on strategy engagements. (Strategy coaching brings my career full circle back to its starting point -- with some lessons learned along the way!) I then worked in the Middle East as a line manager, later throughout Africa with brief sojourns in South America before finally settling in Europe. My experience includes having been a marketing manager responsible for business in 26 countries for Olin Corp., a Fortune 500 chemical multinational in the 80s, and CEO of BFS GmbH in Munich, Germany in the 90s, until its acquistion by the conglomerate Krupp AG.

I am an outside director of Lauren Jane Associates LLC, San Francisco, a board member of Sparkleview Ltd., Hong Kong and a director of The Net Company and its wholly owned subsidiary, Bridges-EC.

Upon occasion I have taught at both German and U.S. universities. I have remained a physical fitness enthusiast since my service in the U.S. Marine Corps and read widely in German and English.

Operations Officer on a project basis; Career Coach (in German and Spanish) for people beginning their careers, or facing an abrupt change in them. Contribute to Entrepreneurship Coaching and also to Executive Coaching when it is related to marketing opportunities or cultural issues within an Hispanic context.

Background  Besides lifelong travel throughout Europe (most recently trips to Turkey and Croatia, 2011), I visited Costa Rica and Mexico during my university studies. The time in Mexico was especially interesting because of research for my Master's thesis about political conflict resolution. Associated with it was an opportunity to serve as an advisor for a UNESCO project in Oaxaca, Mexico in 2004.

After earning my Masters in Geography with honors (Diplom, 1.5, LMU), I worked for ConM Gesellschaft für Meinungsforschung und Regionalanalysen mbH, a consulting firm in Munich. I prepared qualitative and also quantitative reports. (For the later my having had physics as a principal course (Leistungskurs, Abitur) in secondary school proved useful.) In 2008 a certain entrepreneurial drive led me to make a career shift. Since then I have been a market researcher and freelance journalist. I have also enjoyed being a guest lecturer at university about Mexican politics.

Although I was captain of an ice hockey team for ten years, recently my physical orientation has been more towards instructing a Latin American Dance. When the opportunity arises, I also enjoy SCUBA (underwater diving).

Administrative officer in the U.S. Responsibilities include the planning and organization of training held there.

Background  My first working experience was as a young girl in Georgia when I helped a local merchant with window displays and sales while attending high school. After several years at Celanese Corporation (in production) in South Caroina, I joined the family firm, Royal Blue Granite Company, Newberry, S.C. I started in sales, and eventually took over the business.

Upon its disposition in 2007 I took over the administration of a medical general practice with over 2,000 patients. In addition to that I have been an occasional mentor to young women interested in business, especially for those thinking of a career in sales. I also sell on consignment antiques and works from local artists.

As a long term resident of Newberry, I am active in community affairs and support the Newberry Opera House.

Former Key Account Manager responsible for cllent acquisition. Assisted determining the firm´s marketing strategy and the associated CRM system in 2010. After a leave of absence to complete a Masters thesis, she joined Ernst & Young. For further information, go to the subpage with her CV. She has our best wishes for her continued career success. 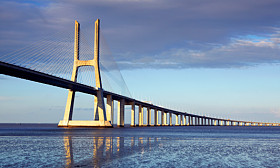