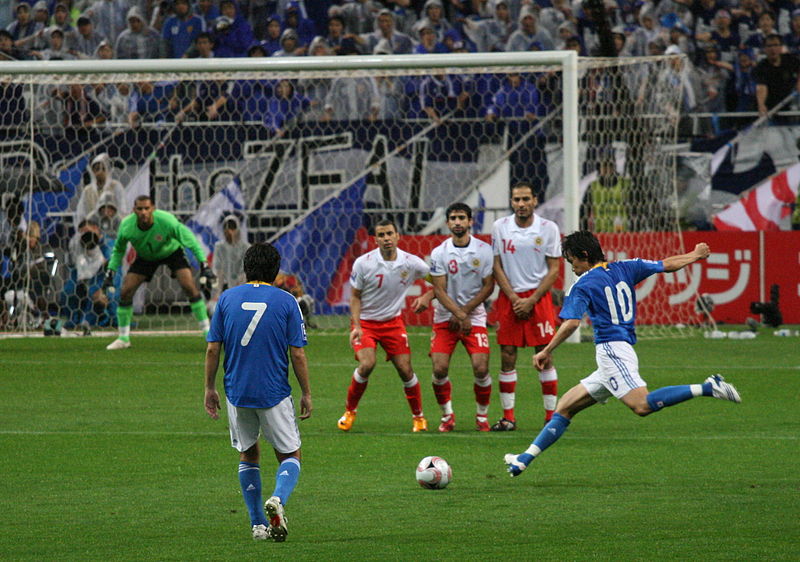 I was playing soccer on a park field at the University of South Carolina.1  By far the best player on the field was a Japanese man in his early thirties. After the game, we had a long friendly conversation. In Japan the family had a business as a supplier to the Japanese automobile companies. (Of what?  As someone born in Manhattan, New York City, where many people do not bother to own a car, my knowledge about them is extremely limited.)

The parts the Japanese company supplied, over time, wore out and needed replacement. The firm had received several requests from U.S. companies, mostly out of California (where there are a great many Japanese cars), seeking to buy that part directly. The family held a meeting.  Someone should take a business trip to the U.S. to do some market research and explore the opportunities in that vast and foreign land. The culture was strange -- and highly dangerous. People had guns! They shot one another over there.

Also, the language was impossibly difficult. If one wished to learn Chinese, at least learning to read it was easy. The writing used the same system. But in the U.S. the writing was totally different, based on an unusual system called  "alphabet" with only a handful of symbols. Who in the family should go?

The patriarch reached a decision. His youngest son, then 28 or 29, had been quite good in English at high school and also had taken some English courses while earning his university degree. Therefore he should undertake the perilous voyage. One letter of inquiry had come from South Carolina. That would be better than California. The son would not be tempted to waste time associating with other Japanese, of whom they were far too many in California. The son's task was to come back with the answer to one single question: "With whom should we do business in the U.S.?"

I hoped the Japanese was enjoying his business trip, and complemented him on his excellent, fluent English. How had he learned it so well?  And how long was his business trip? Now an American might try to fly to Tokyo and accomplish the counterpart task in two weeks. If the choice did not work out, well, at least a start had been made. One would just fly back next year for another two weeks and try again.

I had read that the Japanese did not like this approach. They spent a lot of time making sure a decision was correct to begin with, and on reaching consensus. When they finally acted, they were swift and decisive. I therefore guessed the business trip of the Japanese was for at least three or four weeks, and more likely for three or four months. Was I right?

Before going to the following subpage "Patience" for the answer, how long do you think his trip was for?

1 An irrelevant boastful aside is that the last year I played club soccer I was 42, and on a young team too. The second oldest player on it was 29. To be honest, the team was on a low level "just for fun" amateur circuit.

For those of you who played, there is not much argument that Mia Hamm is the greatest female soccer player ever. She joined the U.S. women's national team at the age of 15. She went on to score 158 international goals, more than any other player, male or female, in history.

There is a little more discussion about how well Pele would fair against modern defences. An interesting comment was made in a television interview during the 2002 World Cup when a Brazilian trainer was asked how he compared Pele with the star of the current team, Ronaldo. He said that because Pele was such a magician with the ball, people didn´t realize just how fast he had been. Pele´s sprint times in training were significantly faster than Ronaldo´s. And that was just for starters.

Pele had scored goals in ways that other players had not before him, and have not since him. For instance, to loop a ball over a defender´s head is always considered a noteworthy feat. I do not recall seeing anyone doubling up on that, i.e. doing it to two defenders in a row, one right after the other. Pele did better than that, against the top defenders in the league, when he was just 18 years old, as the short (one minute) Pele video on YouTube shows.