Bill Bartmann, the Billionaire Business Coach, and the CFS Story -- from 3,900 employees to 0 in less than two years 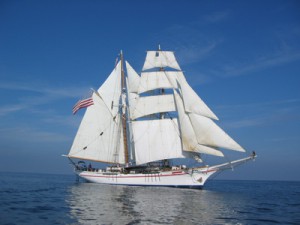 Bill Bartmann likes to win and he has won here the selection for the modern failure story. He beat out some formidable competitors, such as General Motors, which has lately (2011) been recovering from its flirt with bankruptcy. His selection was based on the fact that today he is highly visible, accessible on his website, as linked below. One can relate to the man and to the failure in a more personal way than to the anonymous, faceless senior management team of General Motors.
In his case the personal strategy repair is to write a book and go on the public speaking circuit, fair enough. Apparently he is also a business coach. Bridges has to admit to mixed feelings about Bill Bartmann as a business coach. To say we were not envious of, jealous of the successful part of his past would be a lie. We have not built a 5 billion dollar, 3,900 employee company. However we would not anoint him to a place of honor alongside master coach Marshall Goldsmith on our Eminent Referrals either.
"The Billionaire Business Coach" is how Mr. Bill Bartmann, an attorney by training, is sometimes referred to. Always interested in surveying the competition among executive coaches, we examined his website. There he presents an interesting video on CFS, the company he founded and built up to 3900 employees.  He makes an open and frank, at times even charming, presentation about the spectacular failure of CFS -- at lightening speed --  and its consequences. That includes his having been indicted on 57 felony counts, which entailed a possible combined sentence of 600 years. At a marathon three month trial he was found innocent of all charges.

In 1997 he had turned down an offer from Goldman Sachs of $600 million for a twenty percent stake in it. CFS filed bankruptcy in 1999, just two years after the Goldman Sachs offer. Some 3900 people lost their jobs.  (Hmmm, one would think the astute investment bankers at Goldman Sachs would have noticed some early warning signs in conducting their due diligence for a $600 million offer.) Interesting is that even though he owned 80 percent of CFS, he never diverted any major portion of the company´s funds to himself.

Aftermath
In May 2009 Bailout Riches! How Everyday Investors Can Make a Fortune Buying Bad Loans for Pennies on the Dollar by Bill Bartmann and Jonathan Rozek was published. In it Bill Bartmann explains the bad debt collection system with which he made his short-lived fortune. At Amazon.com there is an interesting review, written by the branch manager of a bank, which begins with the comments:

"I like Bartmann's straightforward writing style and his occasional use of humor. I was nearly on the floor laughing at times. . . As for the substance, I would call this book a "how did" rather than a "how to." The world has out-grown the method."

At his zenith, Bill Bartmann certainly pursued the lifestyle of a maharaja or nabob.* However he drew a relatively modest annual salary of $2,000,000.  In contrast in 2006 Barry Diller, the CEO of IAC/Interactive, took home a pay package of $469 million. That made him the highest paid executive in the U.S. that year, earning about $150,000 an hour. The company´s stock price declined 7.7 percent that year. (Imagine what his pay package would have been if he had actually created value, instead of presiding over a decline!) Barry Diller was able to reward himself so generously because of a captive board of directors.  Although he owned outright only two percent of the voting stock, he controlled 56 percent of it. (The source is the article "The Laziest Man in America" by Nicholas D. Kristof in the New York Times, 20 Nov. 2006.)

*A maharaja is an Indian prince ranking above a raja, especially one of the rulers of the principal native states of India. A nabob is a viceroy in India, a governor of a province of the Mogul empire, or a person who returns to Europe from the East with great wealth.

A good background for watching Bill Bartman´s entertaining video on his website is to read the Fortune Magazine article by Jerry Useem, "How to Lose a Billion. Bill Bartman amassed a huge personal fortune building a wildly profitable company. Too bad it was all on paper." October 25, 1999.1 In the article one notes that Bill Bartmann exhibits several of the "failure characteristics" Sydney Finkelstein identifies in Why Smart Executives Fail, as listed in the previous section.  Below are two quotes to give the flavor of the article:

"The real Bill Bartmann is a shrimply, tightly coiled 50-year old. . .  At one Las Vegas gathering, Bartmann was carried into the Thmoas & Mack arena on a sedan chair dressed as Julius Caesar while 6,000 employees and guests looked on. . ."
"This man is a tyrant," says one ex-employee. . . On April 21, 1998, Bartmann herded 600 or so employees into a room and accused them of cheating. In a profanity-strewn philippic that likened the employees to Nazis and Klansmen, Bartmann suggested taking a machete to every third person in the room or else placing red dots on their foreheads to "blow [their] f..king brains out," according to a suit filed by 20 of the employees. Six months later Bartmann's reign was over. And it ended with breathtaking speed."
Lesson
Beware hubris. A certain megalomania is acceptable for Alexander the Great. After all, at the age of 16 he was an acting regent during his father's (the king's) absence. Alexander kept himself busy during this "on-the-job" training by crushing a revolt and founding a city. For those of us who were not founding cities at the age of 16 or conquering large countries while still in our twenties, a more humble approach seems preferable.

1 In 2010 the article was archived at:  http://money.cnn.com/magazines/fortune/fortune_archive/1999/10/25/267811/index.htm  However this link no longer takes you to the article. Either one does some Internet " data mining," or one has to find it the old fashioned way and actually visit a public library.