At his zenith Hugo Stinnes owned a conglomerate:

Surprisingly few entrepreneurs are able to set a precedent for orderly succession that persists over centuries. Notable dynastic exceptions are the Rothschilds, originally from Frankfurt, and the Fuggers of Augsburg (a city outlying Munich). Far more common is decline, sometimes "gently, gently, floating down the stream," sometimes hurtling over a waterfall. A salutary case in point is the decline of the Stinnes.

In 1808 Mathias Stinnes started his business with a single cargo barge. He was just 18 years old. When he died at the age of 55 he had 1000 employees, owned important mines and had one of the largest inland shipping lines in Europe. His grandson, Hugo Stinnes, decides in 1892, when he is 22 years old, to start his own firm, Hugo Stinnes GmbH, to combine coal transport from the Ruhr with inland shipping, in competition with the family firm. 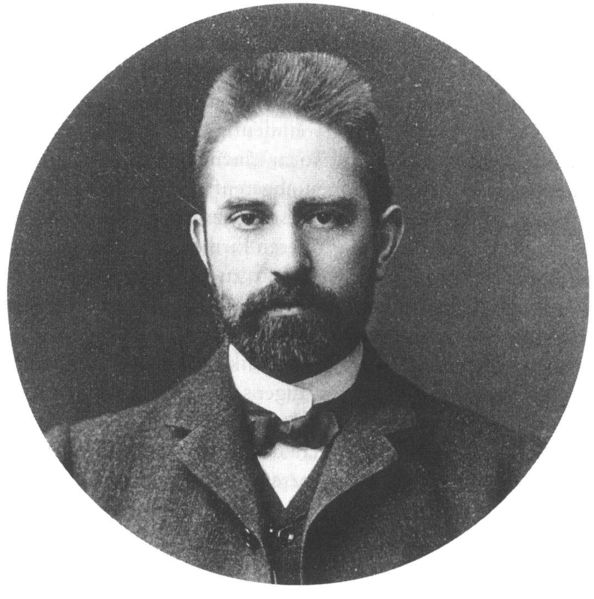 Soon Hugo Stinnes was entering markets heretofore dominated by Krupp and Thyssen, and becomes himself a "Ruhr Baron."  In World War I he conducted espionage against Russia over disguised branch offices and smuggled foodstuff into Germany. After World War I the third Stinnes generation came to the fore. The oldest son, Edward, who had served in the military, and his younger brother, Hugo junior formed with their father the triad that ran the empire. The company seized the opportunities created by the hyperinflation of the Weimar republic.*

In 1924 Hugo Stinnes died unexpectedly at the age of 54. At his death he had the largest conglomerate in Germany.  It consisted of 1664 independent companies such as coalmines, banks, insurance companies, railroads and shipping lines.  It also had interests in another 2890 businesses. In all, 600,000 people received their wages from Stinnes.  His two sons, 27 and 28 years of age, continued to run the empire. The brothers fell out and the firm overextended itself. It was saved at the brink of bankruptcy by a major loan from the U.S.
In World War II Hugo Jr. profits from Russian forced labor, but uses his barges to help Jewish employees flee. He was also in contact with the German resistance movement, including Carl Friedrich Goerdeler, who was executed for his involvement in the Hitler assassination attempt of July 1944. Nevertheless after the war Hugo Jr. was interned for 10 months by the British before being released. Upon release he had almost no assets left. However, he did have contacts. He used these in starting, with his mother and younger brother Otto, a shipping line for freight.
In 1953 Hugo Jr. left the family firm under strained circumstances to start another enterprise on his own. In the 1950s Adenauer had convinced the Americans to leave the Stinnes concern in German hands, and a Stinnes AG was formed, which in 1965 was taken over by Veba. Meanwhile -- it is a long "meanwhile" of 20 years -- there are two Stinnes companies competing against one another. One is in the hands of Claire and Otto. The other belongs to Hugo Jr.
Hugo Jr. is able to build a conglomerate of 13,000 employees with products ranging from hearing aids to radar installations and earth moving equipment. Then he overreaches himself and the firm starts hemorrhaging red ink. This red ink splatters on to the "other" Stinnes concern run by Claire and Otto.  That firm in turn becomes almost bankrupt.
In 1971 Hugo Jr. was finally forced to file bankruptcy. Eleven years later he dies destitute at the age of 85. His brother Otto dies the same year, but is able to leave behind a healthy family business.

Aftermath
The current generation, Mathias Stinnes, eventually sold the freight line in the 90s. Today he has a "castle hotel," Burg Schlitz, in Meklenburg, as well as half a dozen other Meklenburg companies. Granted, there are not actually zero Stinnes employees. But one can hardly talk of a Stinnes emporium, let alone of an imperium or dynasty any more.

Klaus Rathje has written articles about the family and, with Bernhard M. Domberg, a biography: Die Stinnes -- Vom Rhein in die Welt, Signum, 2009. There is also a brief, nicely done chronology with attractive photographs at a company website (in German).

Lesson
On his deathbed Hugo Stinnes, the man for whom 600,000 people worked, warned his sons against debt: "Was für mich Kredit ist, sind für euch Schulden!"  (What is credit for me are debts for you.)